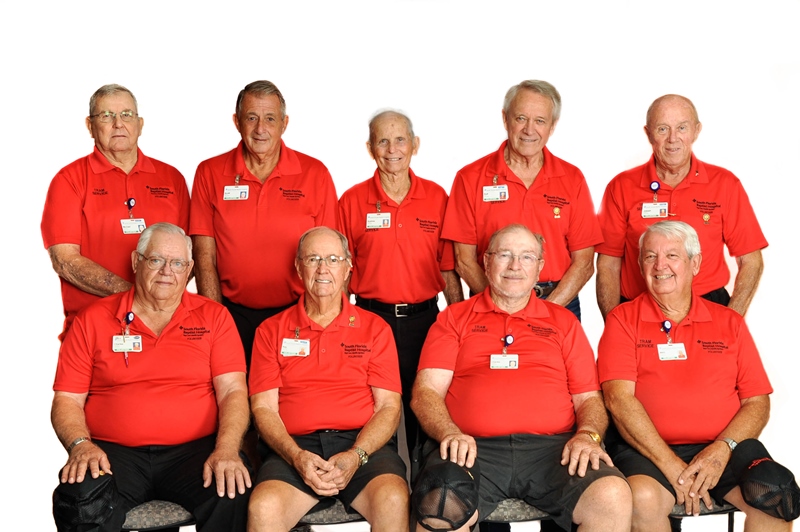 In 1971, several civic-minded women from the Plant City community decided it was time to create a service-oriented group that would provide support for the growing South Florida Baptist Hospital. That initial conversation led to the development of three invaluable organizations that have contributed so much to the hospital over the years – the SFBH Auxiliary, the SFBH volunteer program and the SFBH Gift Shop (Gifts, Etc.)

The women quickly became known around the hospital as the “pink ladies” because of their bright coral-colored jackets. It wasn’t long before the group moved into its first fundraising venture by hosting a luncheon and bazaar to raise money for the first hospital gift shop, which opened in March 1972. Today, the Auxiliary coordinates numerous fundraisers, including a jewelry sale, uniform sale, book sale and electronics sale.

The 135 SFBH volunteers “work” year-round in some 33 different areas of the hospital.  They now wear bright red jackets (in honor of the Plant City’s strawberry heritage), making them stand out on the job. You can find volunteers driving the tram in the parking lot, at the information desk, as patient discharge escorts, in the gift shop, at the Ed & Myrtle Lou Swindle Medical Arts Center at Walden Lake and in the Cancer Resource Center located behind the main hospital. They also deliver menus and flowers to patients.

Over the years, the Auxiliary has donated many thousands of dollars to the SFBH Foundation in support of life-saving medical equipment.